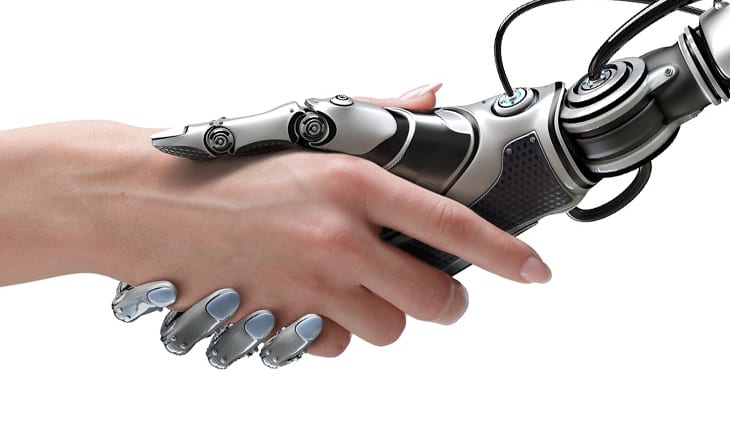 It was not that long ago that the phrase “fintech” would have fallen on deaf ears, but in recent years, our lives have been re-ordered in a way by computer programs, apps, and technology that have taken our banking and financial services to new levels. The digital age has ignited a number of debates between banking authorities, government officials, regulators, and private corporations as to how these services should evolve. Something as simple as having a physical bank branch, as opposed to being totally online, is not something we could have contemplated before the Internet changed our lives.

Generational demographics will also have a play in how the fintech universe changes over time. “Generation Z”, the ones born after 1994, does not know a world without online apps and instant messaging services. These Gen Z-ers know how to find what they need in an instant, but they are also fearful of cyber attacks, fraud, and how their personal information can be used or stolen without their permission.

Analysts at Forbes have surveyed the fintech environment and come up with five key debates, all of which are in some ongoing stage of development, that will dominate discussions in the decade to come. Some of the debates are not that new, i.e., how we bank now and going forward or how our personal data is used by others. Artificial Intelligence (AI) may seem like a new topic, but human thought processes have been converted to usable algorithms in many applications today where large masses of data must be efficiently reviewed and actions taken.

How will AI be used going forward? Will we have a say in it? Will our voice be heard or will discrimination be part of the digital age? And then we have cryptocurrencies, the phenomenon that really started the fintech discussion. Individuals, governments, and corporations are searching for specific roles to play, but then we have China. Their version of fintech is diametrically different than what is happening in the West. Where could these systems clash or disrupt our lives going forward?

Here then is a brief discourse of the five fintech debates, as determined by Forbes, that will impact our lives in the 2020s:

This debate is definitely not new. There is always a new study that declares the harm inflicted by banks closing too many branches, a cost move that generally disadvantages lower wage earners and small businesses. There will always be people that want to go to branches to conduct their banking, whether making a deposit or getting cash, but the other side of this debate claims that technology can provide a similar face-to-face interaction.

The debate going forward will focus on the economic costs of branch closings, not on customer behavior of personal preferences. Such is the world we live in now where costs must be reduced, while studies purport that: “The loss of branch banking access impedes small business lending, hampering capital availability to the primary engine of US economic growth.” The politics of the matter may actually require digital banks to set up branches in disadvantaged areas. Technology, however, will drive new changes that will be beneficial and that will dominate the scene.

Whether we know it or not, AI has crept into our lives through banking and other business applications. Once software could be easily written to replicate any human thought processes, the race was on to reduce labor costs. The result has been that biases have appeared often enough to cause concern from special interest groups, but the problem is not with AI, but with the bias that exists in data sources, a problem that cannot be corrected that easily.

What level of discrimination is tolerable? Will we have a chance to object or will “robots” deny that possibility? Theo Lau, the author of “When Algorithms Decide Whose Voices Will Be Heard”, is worried that:

While we may have the perceived power to express ourselves digitally, our ability to be seen is increasingly governed by algorithms—with lines of codes and logic—programmed by fallible humans.

Will limits be placed on the use of AI? How will regulations come into play? The debate will be never ending.

The Facebook debacle in the personal data arena has become a watershed moment when it comes to how our data is used by third parties. The issue is not one that only belongs to Facebook. Who has not searched for an item on the Internet, only to be inundated for the next two weeks by ads on social media or search engines that promote the very item of your previous search? Who allowed a third party to advertise directly to me, based on a previous action taken on the web?

The process is called “Mass Predictive Personalization”. If it continues unabated, we may find ourselves, as professor Karen Yeung relates, trapped in an “Age of Surveillance Capitalism”. She warns:

Personalization fosters the asymmetry of power between profilers and individuals. Predictive profiling systems intentionally seek to exploit the systematic tendency of individuals to rely on cognitive heuristics or mental short-cuts in making decisions.

The debate will become more complex, as more and more corporations get into the act, blurring where our rights begin and end.

Bitcoin had its humble beginnings a decade ago, when software programmers teamed up with Libertarian zealots to proclaim a new world of digital currencies, independent of the actions of central bankers. Citizens would be free of government actions to debase the national fiat currency. Bitcoin would counter these concerns and become a better form of exchange at the point-of-sale. Unfortunately, volatility nixed the point-of-sale notion, although some people see a comeback in progress, but it has become a speculative asset in the hands of investors and, in some respects, Digital Gold 2.0.

Governments had hoped that the so-called revolution would die, but it has not. Now high tech corporations like Facebook, Google, and Apple, not to mention JPMorgan Chase and Walmart, want to issue crypto tokens and leverage their respective customer bases for profit. Governments are also moving to issue national digital assets. China is the most vocal, but there are several others contemplating similar actions, as well. We can expect changes in cross-border payment alternatives and domestic applications to spread across the globe in both developed and developing jurisdictions.

#5 – China or the West: Which fintech model will prevail?

China’s new brand of economic socialism is rapidly adapting to the electronic age, but more in a way that supports massive oversight of its population , now well in excess of 1.3 billion people. According to a report from the SWIFT organization:

China and the West are at different stages of fintech maturity. China’s fintech success derives not just from a technological advantage and unprecedented innovation, but also from integrating finance and real-life needs.

The latter piece about “integrating finance and real-life needs” has resulted in large, singularly centralized apps, which can keep tabs on all users in the system. Super apps like WeChat or the nation’s Social Credit System are all encompassing attempts to follow the activities of all citizens and gradually force conformity. A digital Yuan is seen as another step to tie finance transactions into this web of control.

Will this system evolve in the West or will it be anathema to western economic systems? Richard Turin, a veteran of the fintech arena and innovation, wrote: “For the first time, fintech is being used by countries to compete with one another on a global stage. Fintech is being deployed as a tool for governments to project their power abroad, and potentially disrupt established systems.”

The folks at Forbes are more sanguine in their summarization:

This is the mother of all debates among the five listed here. This debate goes to the heart of the American economic system and the zeitgeist of the American psyche. The common unknown across these debates is how societal norms will change. The result: The future of fintech is beyond the control of the industry, and will be shaped by external factors.

AUD falls on the back of stronger USD